I returned to Utah on Thursday night from visiting my family in California. I took this stitching project to work on during the 12 hour (each way) drive and I did a bit more while I was there. The pattern is a design from Lisa Bongean and was in a recent issue of AP&Q. Lisa used flannel for her background fabrics, but I'm using regular cotton instead. Would have been a LOT faster and easier to cut the pennies with a die cut machine, but I used my trusty old scissors. Whew! Lots of variety in the colors of wool I used. Bought a few colors of DMC perle cotton to stitch with. I usually use crochet thread and it didn't really seem that different to me. I guess it's the variegated thread that makes the expensive stuff more desireable. There will be twelve blocks total when I'm finished - these still need to be pressed & trimmed to size so they look kind of distorted here. 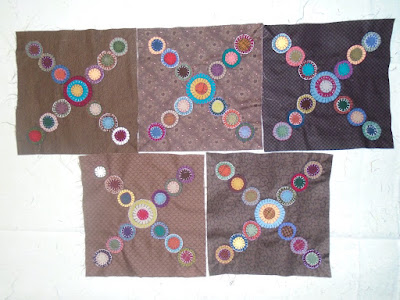 On Saturday I attended our Guild's Hook-In and won this darling pumpkin man that was one of the door prizes. He's even cuter in person. Thanks Tonia! 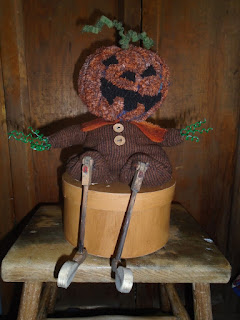 Before going to California, I joined with the gals who always meet on the 1st Tuesday of each month. I'm making progress on my hit & miss rug. 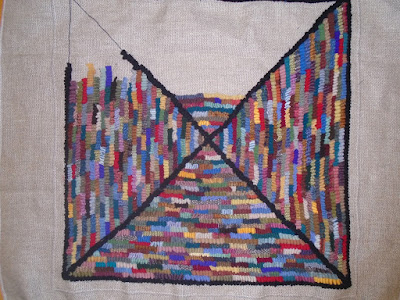 There were some great projects being worked on. Coralee saw a metal sculpture while on vacation in Washington State and was inspired to hook her own version of a Cranberry Gobbler - very whimsical! 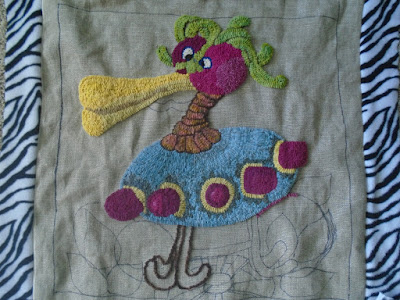 Sandy had her Day of the Dead rug completed...... 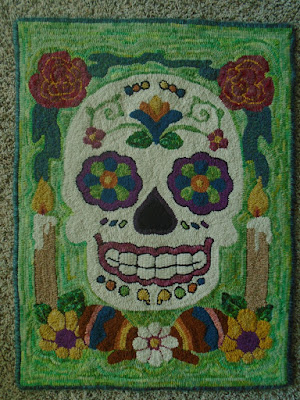 ......and was beginning work on a new floral (sorry for the crummy back-lit photo) 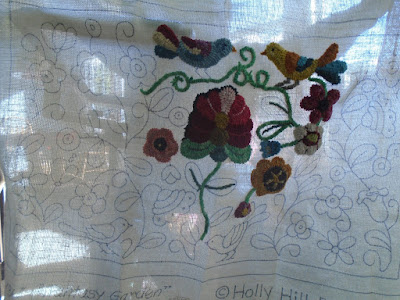 Sharon had finished a wild turkey done in needle punch. 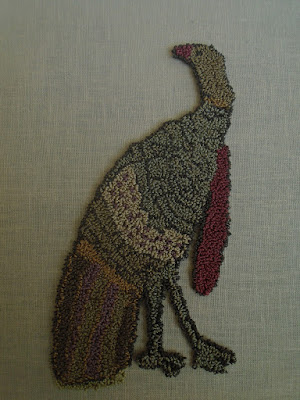 And Stacy was punching a happy sunflower. 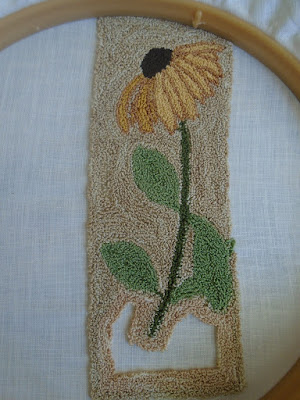 I seem to have missed several other rugs so hopefully I'll grab them next time.